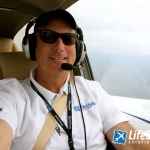 What it must be like to be an Aviation Writer I wonder. Like my friend Steve Pope, edior of FLYING magazine. In one moment he is racing through the sky in the amazing Diamond DA62 before introduction and the next experiencing before anyone else the wonders of Garmin’s new G1000 NXi next generation panel. Truely on the leading edge of aviation advancement these guys are. It must be hard to not wear out ones vocabulary of adjectives describing all the amazing new technology. Consider all the years where they had to make magzine covers with very little truely new to write about. Well fortunately, these days they have a lot of real advancements to write about. There is no better poster-child of modern aviation advancment than the Diamond DA62.  Its an all new “Chevy Suburban” of the skies made of “formula one racing car” type carbon fiber technology with fully electronically controled Jet-A piston engines that flies easier than a single and burns less too! Now Diamond is adding the latest Garmin G1000 next generation panel called G1000 NXi.  Never before have we had such remarkable flying machines for private personal use.  Here at LifeStyle Aviation we are bullish about the value and potential these modern marvels have to change lives and create new potentials for safe, comfortable, green and economical personal transport. Welcome to the future!

Diamond Aircraft Industries introduces the next generation Garmin G1000 NXi integrated flight deck to its piston product line, including the twin-engine DA62 and DA42-VI/DA42 NG and the single-engine DA40 NG.“We are excited to present the all-new Garmin G1000 NXi to our state-of-the art piston aircraft.In 2001, we were the first OEM to commit to Garmin’s then top-secret fully integrated G1000, selected as an integral key part of the DA42 TWINSTAR and we are happy to offer our customers the latest in avionics yet again,” says Christian Dries, CEO and Owner Diamond Aircraft Austria.Garmin NXi uses the same basic user interface of the G1000 boasting a number of big improvements further reducing pilot workload and enhancing the flight experience. Read the full Diamond Aircraft Announcement

Want to learn more about the Garmin G1000 NXi Next Generation Integrated Flight Deck?  Below is more information from Garmin:

Boasting a modernized flight display design with significant performance enhancements, the G1000 NXi incorporates innovative capabilities into a state-of-the-art avionics platform. Features such as wireless cockpit connectivity, including wireless database updates using Garmin Flight Stream, enhanced situational awareness with SurfaceWatch, visual approaches, map overlay on the HSI and more, are all available with the G1000 NXi. Deliveries are expected to begin in February as the Federal Aviation Administration has granted Supplemental Type Certification approval for the G1000 NXi integrated flight deck in the King Air 200 and expects approval for the King Air 300/350 aircraft models within the coming weeks.

G1000 NXi on the surface: physical enhancements and display advancements

G1000 NXi for the next generation

Visual approaches integrated within the G1000 NXi system offer pilots safety-enhancing guidance during visual flight conditions based on a three-degree glideslope from the threshold of the runway. Pilots can select the runway for which they have been cleared to land, set customized minimums, select vectors or straight-in for the final approach intercept and fly a visual approach coupled with the autopilot. By utilizing visual approaches within the G1000 NXi, pilots are provided a more stable and precise flight path throughout the approach and landing phases of flight in visual conditions.

Geographical map overlay within the HSI is available on the primary flight display, which also supports the display of NEXRAD, FIS-B weather, weather radar, SafeTaxi airport diagrams, traffic, terrain and more. For example, pilots can display SafeTaxi on the HSI map while preparing flight plan information on the multi-function display or simultaneously display NEXRAD radar and traffic on the HSI map and view a variety of other SiriusXM aviation weather products on the MFD such as lightning, storm cells and more.

Aiding in situational awareness, optional SurfaceWatch runway monitoring technology provides visual and aural cues to help prevent pilots from taking off and landing on a taxiway, on a runway that is too short or on the wrong runway based on performance data entered during preflight. Visual and audible runway distance remaining annunciations are also available, which provides aural callouts beginning at 5,000 feet through 500 feet. 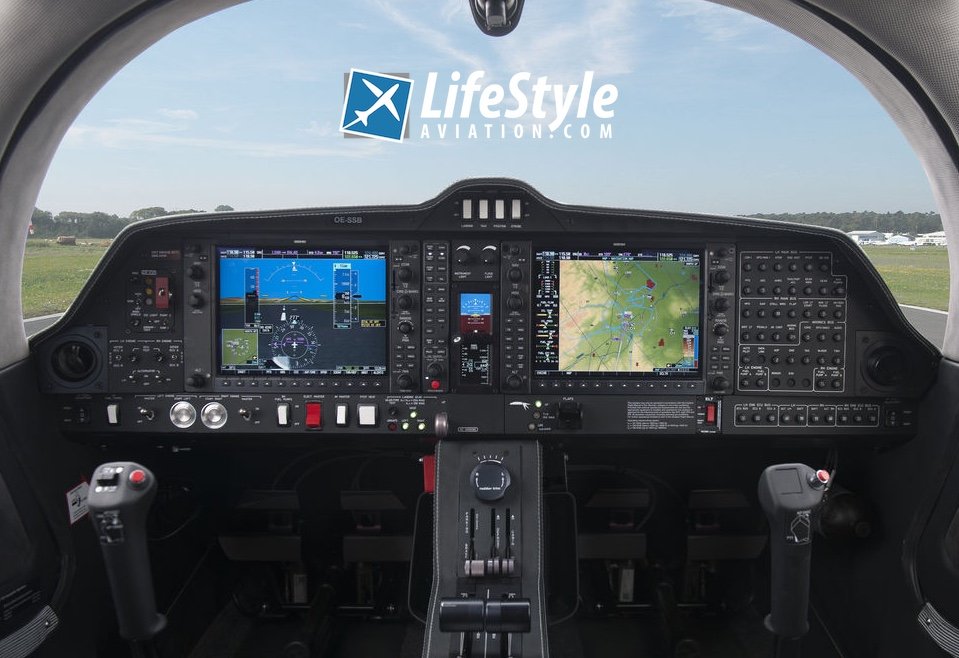 For new installations, the G1000 NXi integrated flight deck is estimated to provide a weight savings of 250 pounds or more in King Air aircraft, allowing additional baggage, passenger and/or fuel load flexibility. New G1000 NXi installations also utilize a new, fully integrated and lightweight air data and attitude heading reference system (ADAHRS), streamlining the upgrade process. King Air owners and operators with an existing G1000 integrated flight deck can easily upgrade to the G1000 NXi with minimal aircraft down time and disruption of the panel as the displays preserve the same footprint and connector so panel modifications are not required.