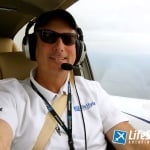 The long awaited medical reform law is making its way through the processes at the FAA and is scheduled to take effect this year. This changes the medical requirements for pilots to use general aviation aircraft for non-commercial uses and enhances the freedom that general aviation offers with less overhead to pilots.“General Aviation is all about convenience and freedom.” states John Armstrong, Founder and CEO of LifeStyle Aviation. “This new approach will reduce the complexities of maintaining a private pilot’s certificate for all those that want to use airplanes to enhance their lives and their lifestyles. We applaud the work of all those that were involved in making this new law and look forward to its final implementation.”LifeStyle Aviation offers a wide range of modern personal aircraft and anticipates the new law will allow them to help more people enjoy personal modern aviation.

When does the legislation take effect?

When can I operate under BasicMed?

Although the FAA has published the BasicMed rules, the regulations do not go into effect until May 1, 2017. This is to allow time for a comment period on the information collections, as required by the Paperwork Reduction Act of 1995. After that point, if you meet the BasicMed requirements, you can operate without an FAA medical certificate. The FAA anticipates an online medical course that meets the BasicMed requirements will be available by March 2017.