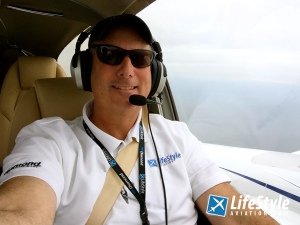 The realm of “Modern Aviation” began in the late 1990’s when a few companies began creating all new 21st century designed aircraft.  Modern composite materials opened a whole new world of design possibilities.  However, this was during a time when the entire industry was virtually shut down in a 20 year recession.  Considering that each new design typically costs over 100-150 million dollars the vision and boldness needed was remarkable.

Since that time one company has been “prolific” in their creation process.  While others have created one or maybe two airframe designs, Diamond Aircraft has designed, built and flown at least  six unique airframes plus developing jet-fuel burning piston engines, serial hybrids and optionally piloted aircraft and functional auto land systems.  Their aircraft have redefined safety, efficiency and ease of use for general aviation aircraft. The scope of their development leadership is truly unprecedented and the full impact of what has already has been created as yet to be fully appreciated by the marketplace.

With all this it should come as no surprise to industry watchers to learn that the company is now involved in the next frontier of development potential. While other makers struggle to create a first Jet-A Piston Diamond builds on a decade plus successful track record of Jet-A Pistons to launch into hybrid propulsion and beyond.

It is my hope that by sharing this information about future developments potential buyers will gain an appreciation for he depth of expertise and modern aviation advancement that is part of every Diamond Aircraft. 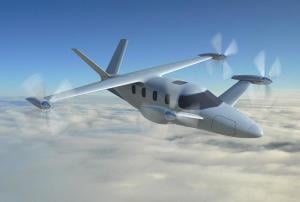 mond Aircraft has shared exclusive details with Flying of a hybrid-electric tiltrotor project it is embarking on with an unnamed major industrial partner, which the Austrian light aircraft maker says could become a certified reality within seven years.

Diamond founder and CEO Christian Dries revealed to Flying artist concepts of the four-rotor, VTOL craft, which he says will be propelled by two high-output Siemens electric motors with power to recharge the batteries in flight supplied by a pair of Austro diesel engines.
The concept, which at this early stage doesn’t have a name, would be capable of taking off like an airplane or a helicopter and carrying up to six people with a maximum takeoff weight of 6,600 pounds.

Dries said Diamond and its project partner are wrapping up the initial design phase in preparation for the next phase, which will begin next month and involve building a 725-pound unmanned prototype. Next will come a 2,800-pound prototype, followed by the full fly-by-wire production version. The design could be scaled to build bigger versions in the future, Dries said.
The tiltrotor would be fitted with a full-airframe BRS parachute and incorporate stubby wings and a V tail. An intriguing detail Dries shared is that the takeoff and landing would be fully computer controlled. While the tiltrotor wouldn’t be capable of hovering for more than six or seven minutes, it could enter a hover and touch down automatically using laser scanning techniques to survey the landing area within milliseconds.
You can read that a couple of ways. One is that the onboard computers would serve a critical safety role for the pilot to ensure that the landing zone was free of obstructions. The other, though Dries didn’t come out and say it, is that this futuristic tiltrotor concept might not even need a pilot at all.

Read other articles about Diamond’s Hybrid: Diamond Moves Ahead With Hybrid Drive