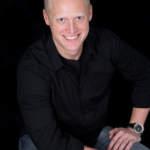 As a brand new member of the DiamondShare program, I decided to make my first major excursion a trip to New England to see my family and some old friends. Familiar with winter flying in New England, I chose to brave the rain, snow and ice and planned my trip for the week between Christmas and New years. Not surprisingly, the North East did not disappoint, and I was able to test the limits of my new DA40 in a wide variety of conditions.

My trip started out ominously with storms all up and down the east coast. Raleigh-Durham International Airport (KRDU), my home field, was reporting severe rain, possible hail and wind shear. The DA40 is a great plane, but there was no way I was risking those conditions, so I stayed home and took it easy. Despite the disappointment of a day lost due to weather, I was very happy that I had the flexibility afforded to me by DiamondShare. Fluidity reduces the stress of “get-there-itis” and I was happy to take advantage of it in this situation.

First stop, Ithaca, NY (KITH) to see my uncle, aunt and cousins at their winery, Treleaven Wines (http://www.treleavenwines.com/), located on the East side of Cayuga Lake. The storms had not completely dissipated from the previous day, and it was solid IFR the entire route.   However, the wind shear and heavy precipitation had calmed down and ceilings were forecasted between 1,000 and 3,000 feet the entire way. With a nice tail wind, the trip was scheduled to take 3 hours and 20 minutes. My only concern was of icing as we got further North into the colder weather. Luckily, Ithaca was forecasting 12 degrees celsius on the ground for our arrival time. 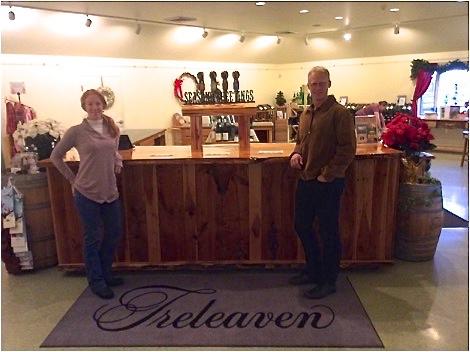 At 8 am, my fiance and I took off and settled in for a long IFR flight. The majority of my flight experience has been with the old round gauges and no autopilot, so this was one of my first long flights in IFR conditions with all the bells and whistles afforded the DA40. With a glass panel, autopilot, digital maps and weather my situational awareness was outstanding, and it allowed me to sit back, relax and enjoy the flight.

We were about halfway to our destination when my fiance informed me that she had to use the restroom. I asked her how long we had before things got uncomfortable and she informed me that she could last about 10 minutes.  I was in heavy IMC on a scheduled flight plan. Diverting to another airport in route takes more than 10 minutes. Lucky for her, me, and the plane, I was able to quickly locate a close airport with an easy approach and weather well above minimums. I informed the controller that we were diverting to Hagerstown, MD (KHGR) and made it to the FBO in 20 minutes. She rushed out of the plane as soon as the engine stopped, and I said a silent thank you to the DA40’s panel designers.

After our pit stop, we continued on to Ithaca. We made great time due to a strong tail wind which gave us ground speeds up to 166 knots. As we got closer the temperature started to drop and I started to get worried about icing. The outside air temperature was jumping between 1 and 2 degrees celsius. When we were within 10 minutes of the airport, the controller had us descend from 5,000 to 3,000 feet. During the descent, we passed through a dense cloud layer, precipitation and a temperature inversion. The OAT got down to -2 degrees celsius and we picked up some light mixed icing. The plane continued to perform perfectly, and at 3,100 feet we broke out of the clouds and the ice melted away.   We landed safely, rented a car and spent the night with my cousins after enjoying a few, well deserved, glasses of wine.

After a good night’s sleep, I opened my eyes, looked out the window and steeled myself for another heavy 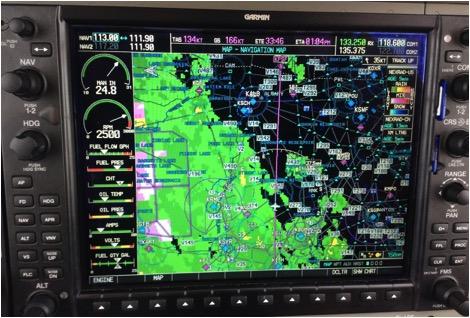 IFR day.   We were headed to see my best friend who teaches at a private school in Berkshire, MA.   We planned to fly into Pittsfield, MA (KPSF); a short flight, but solid IFR the entire way and a reported ceiling of 700 feet AGL. Pittsfield has two GPS approaches with decision altitudes of 797 feet and 287 feet respectively.   Flying an approach down to minimums can be stressful, so I picked an alternate airport with which I was familiar and had way higher ceilings. Luckily, the temperatures were high enough such that we didn’t have to worry about icing which a landing pilot confirmed to me on the ground before take off.

Upon reaching our destination, KPSF was reporting ceilings of 700 feet with 6 knot winds favoring runway 26; the approach with the decision altitude of 797 feet. I decided to go for it, hoping that there would be a break in the clouds that would let me sneak in.   I let the autopilot fly the approach which reduced my stress levels and workload dramatically. The plane did everything perfectly, but unfortunately, we had to go missed due to no joy on the runway.

After re-establishing communication with the approach controller, I informed him that I was going to attempt the GPS runway 08 approach (decision altitude of 287 feet).   I decided to fly this one by hand to get some practice and because I felt so comfortable in the plane.   Everything went smoothly; we broke out of the clouds at 700 feet and landed safely.   The landing was a little fast, because of the 6 knot tailwind, but with a 5791 foot runway, we had plenty of room to spare. 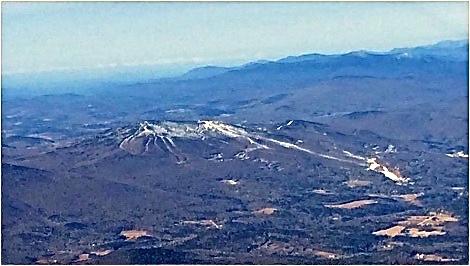 We concluded a wonderful visit with my best friend, his wife, and 3 kids with a beautiful, clear, and direct VFR flight over the mountains of Vermont to eventually land at my childhood home airport of Lebanon, NH (KLEB).   Because of the warmer weather, there was less snow than usual at that time of year. However, we could see a few different ski areas in the distance with their web of white trails painted onto the mountain sides.

After landing, my Dad met us in the FBO and we discussed where to put the plane for the night.   A major snow storm was expected later, so we decided to pay the extra fee to have the plane hangared. This turned out to be a very good call. 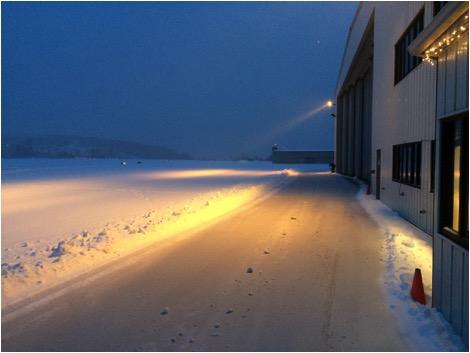 Snow Days! I woke up early and realized I had left my computer in the plane. So I drove out to the airport to grab it. Snow removal was in full force, and spend a few quiet minutes watching the snow fall on the tarmac.

Later that day we went sledding at the Dartmouth College golf course which has a giant hill with no trees. It had been a few years since I had been on a sled, and we all had a blast.

After two relaxing, good old fashioned New England snow days, it was time to go home. I was very happy that we decided to hangar the plane. It looked pristine against the snowy background and I had them park it in the same place as when I arrived to get good before and after pictures.

The trip home was uneventful. We decided to stop off at the now familiar Hagerstown (KHGR) airport to stretch our legs and have lunch. They have a wonderful restaurant on the airport where you can see all the planes.

Reflecting on my first big trip with DiamondShare, I would call it a complete success. The plane performed flawlessly in the harsh and unpredictable New England winter weather. In addition, the situational awareness and instruments afforded to me by the DA40 made the trip way less stressful than it would have been in a less capable plane. Most importantly, DiamondShare allowed me to be flexible with my schedule so that I could avoid “get-there-itis” and just relax. I can’t wait for my next trip. 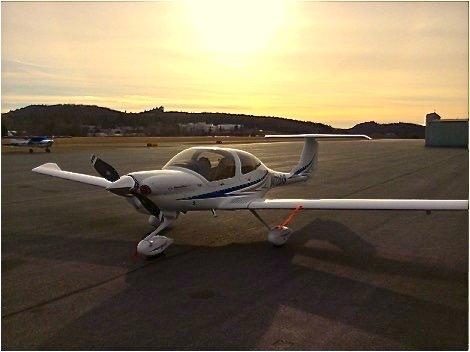 Learn more about the DiamondShare program