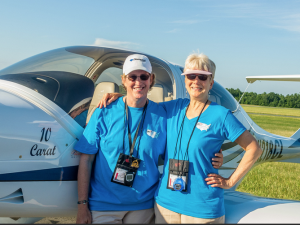 An Impressive Performance in the 2015 Air Race Classic for Team 10 Carat!

The biggest challenges on Day 1 for team 10 Carat were the fly-bys across the timing lines. 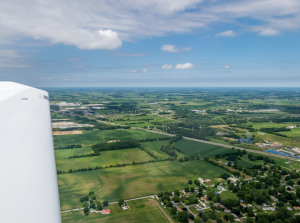 They did fly-bys at 150 kts at 200′ AGL to start and stop our time for each leg.  The patterns were very congested with planes arriving, landing and departing.  They even had to do a dual fly-by, as they were overtaking a slower plane at the timing line.

Day 2: Cynthia and Nancy encountered Marginal VFR along most of the route, but they were able to safely fly across the flat lands of Indiana, Michigan and Illinois and stay below the scattered layer of clouds. 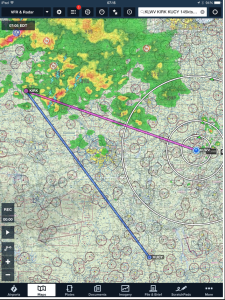 Day 3: They waited out the severe thunderstorms between Lawrenceville, IL and Kirksville, MO in the morning and finally departed about 11:15am CDT and easily completed legs 6 & 7.

With the handicap system, it is impossible to know how they are doing versus the other racers during the race but they are making safe decisions and having fun.  They had winds gusting to 28 knots at the Kirksville, MO, fly-by.  It’s quite a challenge to hold altitude at 200’AGL flying at 170 kts with winds gusting to 28kts.

Day 4:  The team had hoped, weather permitting to get up early and finish the final two legs, from Union City, TN to Gadsden, AL, then to the terminus in Fairhope, AL but they discovered a dead battery in the morning when they arrived at the KUCY airport, in Union City, TN, to fly their final two legs of the race.  Fortunately the wonderful crew at KUCY were able to recharge their battery in a few hours.  Six hours later they were in the air and were able to do a fly-by to continue at Gadsden, AL, KGAD, and then direct to the terminus at Fairhope, AL, KCQF. 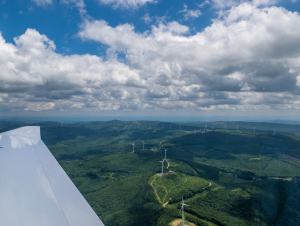 Flying over the windmills in West Virginia

They will not know their actual standings until later this weekend.  We are very impressed with their race performance.  Congratulations!  and excellent flying team 10 Carat!

Click here to learn more about the Air Race Classic 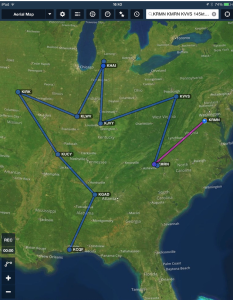