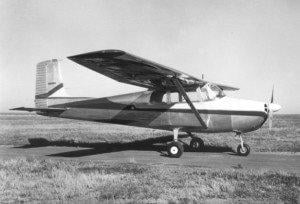 An Aviation Update about the anniversary of the Cessna 172 filtered through my inbox this week and it gave me pause and prompted the comments below.

So the beloved Cessa 172 was born in the 1955 era as a modification of the taildragger 170 configuration to be competitive with the newly introduced Piper Pacer. This was the era when Doris Day became a movie star and hit singer and Elvis Presley as just getting started. Certainly, a 60th+ birthday is something to celebrate and at the same time, it illustrates a very troubling dynamic of our general aviation industry.

First before we look at this in more depth, we say congratulations to Cessna for making a hit airplane that totally changed and led the general aviation industry during the 1950’s-1970’s. During the 60+ years since the birth of the 172, just about everything about technology has changed a dozen times. The digital age arrived in the 1980’s broadly, precision manufacturing, robotics, computer-aided design, airbags, crash protection, carbon fiber and composite materials, fire protection, fuel containment technologies, digital wind tunnel analysis, and dozens of other safety-related design advancements all came after the 1950’s.

So why in the world is a public company still selling a design that has not changed fundamentally since inception or enjoyed the benefits of most of these these technological advancements? The answer is government regulation pure and simple. More specifically it’s called a Type Certificate that locks designs into place making any significant changes or new designs costly.

The fact is it takes in excess of $150,000,000.00 (estimate—it takes a lot of money) to design and “type certify” a vehicle known as an aircraft. If you want to change it substantially you have to basically start over. Imagine if the car industry was held to this requirement. We’d all be driving Volkswagen Beetle technology vehicles and the number of different models would be limited.

Well, why in the world do we stand here and act like the 172 is such a great “tried and true” aircraft when what it really is is a technological relic locked into place by the nature of how the regulations are written?  The buying public deserves products that can be enhanced and improved not nailed into place like an exhibit at a museum. Car manufacturers aggressively compete to apply the latest safety technology and how they have made them dramatically safer over time is quite impressive. The difference is, the auto industry operates under prescriptive standards for their regulations which allows them to go beyond the minimum standard as they wish. All while the maker of the 172 faces a massive cost hurdle to make any significant changes so still produces today the 1956 172 in fundamentally the same form. What’s wrong with this picture?

Don’t get me wrong, the 172 is a fine “traditional aircraft”. It was the best that could be produced in the 1950’s. The same illustration could be made with all of the traditional designs from that era from Piper, Beech and others. It’s the 21st century and save for a few modern era aircraft manufacturers, the aviation industry is held back by the FAA certification rules. This situation plays out even more dramatically in engine technology. I shake my head when I see a new prospective pilot that rolls up to the airport in his Tesla with his iPad and then steps on the ramp to fly the beloved 60 year old designed 172. Again, there is just something wrong with this picture.

All regulations are put forth in the name of “public safety”. Once they get started they are difficult to change as entire industries are built around them. Big changes require literally an “act of Congress”.  We are all hopeful that the new approach to Part23 certification that was forced on the FAA by Congress will make an impact to accelerate updates and new designs.  Clearly, in the old days, the regulations worked to produce “solid aircraft” that lasted a long time. 60 years later we can see clearly it certainly kept them from updating or redesigning them leaving their safety and performance results static.

Luckily there are a few truly modern aircraft available that were designed and built in the 21st century. Here at LifeStyle Aviation we specialize in helping people experience modern designed aircraft and understand the differences in safety, utility, comfort, and efficiency so they can make well-informed decisions. The perfect contrast to the topic outlined above would be the Diamond DA40 NG. Because it was designed during the 21st-century era with the benefit of computers, composites, engine electronics, new Jet A burning power plants and with an eye toward being the worlds safest aircraft…it represents a truly modern designed aircraft. Hopefully in 60 years from now with the change of the regulations, it will hardly be recognizable and will have continued to grow and transform and lead the way as new technologies are developed. 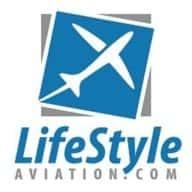