LifeStyle Aviation Founder John Armstrong is hoping to create “a breadth of choice” for flight school operators by building a network of flight centers with attractive training concepts, affordable rates, and high utility.

When Armstrong learned the business model for flight schools hadn’t changed much in the 20 years since he soloed a Piper J-3 Cub, he devised a plan to bring successful automobile marketing strategy to the aviation training industry.

“We’ll sit down with an owner and visualize what it would look like for them in one or two years” and bring that vision into focus, said Armstrong. The network standardizes operating procedures for its 20 flight centers, provides coaching, and sets attainable goals. LifeStyle also offers aircraft access through personal ownership, partnerships, and other methods.

He said a strategy deployed by traditional flight schools was to wait for someone to buy an airplane and then offer it to the school for training purposes.

“We reverse the process,” by offering sleek, economical Diamond aircraft, said Armstrong, who is a Diamond dealer. That approach eliminated a mixture of high- and low-wing models with different handling qualities and sight pictures that can baffle students.

By the time operators added in the lack of dispatch reliability to keep aging aircraft airborne, he said it was basically a recipe for disaster.

Done correctly, Armstrong said he believes the general aviation lifestyle and sense of community sells itself. He said one of the goals for the network was to help partners grow their fleets by creating a share program “so pilots have somewhere to go when they’re done with their basic training.”

After newly minted pilots have completed their training and want to fly somewhere, Armstrong said, “it’s a lot easier to sell family members and significant others when everything works,” including the fuel

“It’s expensive to make mistakes,” said Cameron, “and between the resources of the LifeStyle network and your own willingness to learn, there’s much less reason to make those errors today.” Cameron said running a flight center is better with “a village instead of taking it on just by yourself.”

Cameron and his partners Michelle and Patrick Herrmann have one Diamond DA40 XLS on their flight line and they plan to expand their fleet to four aircraft by December.

Their upstate New York Finger Lakes region is rich with GA travel destinations, and Cameron sees no reason why pilots shouldn’t flock there to explore wine tours, fishing, or trips across the border to Canada. 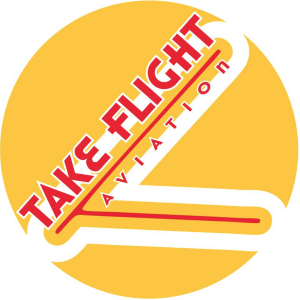 TakeFlight Aviation’s Ryan Mayo teaches New York City students to fly from the nontowered Orange County Airport, a short drive from the Big Apple. He joined LifeStyle Aviation Network about a year ago and operates a fleet of aircraft including a Citabria taildragger, several Piper Warriors, an Arrow, a Twin Comanche, a Tecnam P92 for light sport training, two Diamond DA20s, and a Diamond DA40.

He noticed a trend among potential pilots immersed in today’s world of smartphones and smart cars. “Brand new people go toward the newer aircraft every time” and composites like the Diamonds “don’t scare them.”

Similar to Cameron and Armstrong, Mayo said the Diamonds are pilot-friendly and the lineup “makes it easier for pilots to see themselves picking a travel destination and embracing GA to get there.”

Mayo said he respected the role legacy aircraft have played in flight training operations but “from a flight school standpoint the newer aircraft will ultimately service students better.”

People have to commit to change, and change is difficult, Mayo said, but he would be “comfortable taking the LifeStyle Aviation Network program and duplicating it anywhere else in the country. It’s what the people want,” and there’s a lot of room to build interest. “With the right input, this industry can be on fire.”